At the end of this blog, I have also included a video of the Aircrack-ng Tutorial for your ease that will show you how to hack wifi in real life.

Note: We're only teaching you for educational purposes and to broaden your horizons. Because we know that both ethical and non-ethical hackers use these tools, Techofide will not be held liable for any unlawful/false actions you engage in.

Now let's see how the methodology is used in a real-world attack scenario with the help of the diagram given below. Before we actually start cracking the wifi password it's good to know a few terms that are useful to understand this blog and practical.

WAP/WAP2: Wireless Protected Access (WPA) is an acronym for Wireless Protected Access. The WPA2 standard is the second iteration of the WPA protocol. The most secure of the three is WPA2. There is no difference between breaching WPA and WPA2 networks when it comes to breaking them. The authentication procedure is nearly identical. As a result, you'll use the identical techniques.

WAP3: WAP3 stands for Wi-Fi Protected Access 3 and is the Wi-Fi Alliance's third version of a security certification programme. WPA3 is the most recent and improved version of WPA2. 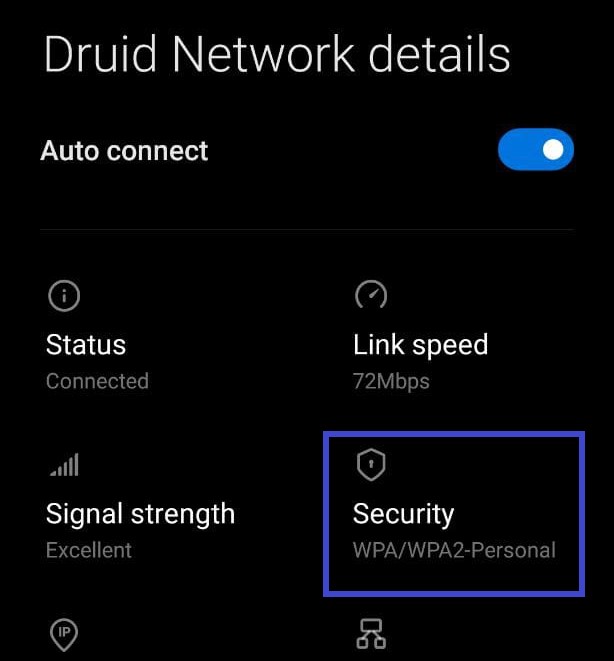 Protected Wi-Fi Access WPA-PSK, or Wi-Fi Protected Access, is an encryption technique that is used to authenticate users on wireless local area networks. A pre-shared key is essentially a shared secret or password that is used to verify someone's identity when they join a wireless network. WPA2-PSK or WPA Personal are other names for WPA-PSK. In addition to pre-shared keys, WPA/WPA2 provides a variety of authentication procedures.

Sniffing is a process of monitoring and capturing all requests and data packets passing through a given network. Active Sniffing and Passive Sniffing are two types of sniffing.

What is Packet Injection?

Packet injection (also known as forging packets or spoofing packets) is a technique used in computer networking to interfere with an established network connection by creating packets that appear to be part of the normal communication stream. Packet injections are mostly utilized in Man-In-The-Middle (MITM) attacks, which we shall do during the deauthentication phase.

What is Network Interface Card (NIC)?

Note: My NIC is labeled as wlp1s0, yours may be different.

Aircrack-ng is a comprehensive set of tools for evaluating the security of WiFi networks. It focuses on various aspects of WiFi security, including:

The tools are all command-line-based, allowing for a lot of scripting. A great variety of graphical user interfaces have made advantage of this feature. It is available for Linux, Windows, macOS, FreeBSD, OpenBSD, NetBSD, Solaris, and even eComStation 2.

We will be using the airmon-ng, airodump-ng, aireplay-ng, and Aircrack-ng tools from the Aircrack-ng suite. Let's look at their usage.

Airmon-ng is used to manage wireless extensions modes. To sniff a wireless connection, you must switch your wireless card from managed to monitor mode, which is done with airmon-ng. Monitor mode allows your card to listen in on all packets in the air. Normally, only packets intended for you will be "heard" by your card. We can later capture the WPA/WPA2 4-way handshake by listening to every packet.

Airodump-ng is a wireless sniffer that can collect data from several wireless Access Points. It's used to look for nearby Access Points and record handshakes.

Aireplay-ng is a replay attack and packet injector tool. Users can be de-authenticated from their APs in order to collect handshakes. This step is only required if you've decided to speed up the process. Another constraint is that the AP must be connected to a wireless client at this time. If no wireless client is currently connected to the AP, you must be patient and wait for one to connect before capturing a handshake. You can go back and repeat this step if a wireless client arises later and airodump-ng fails to capture the handshake.

In order to find the key, Aircrack-ng is used to attack WPA/WAP2 wireless protocols. For cracking the password Aircrack-ng uses brute force attack against the captured handshake. The drawback of using Aircrack-ng to brute force is that it utilizes CPU instead of GPU which makes the attack slow. 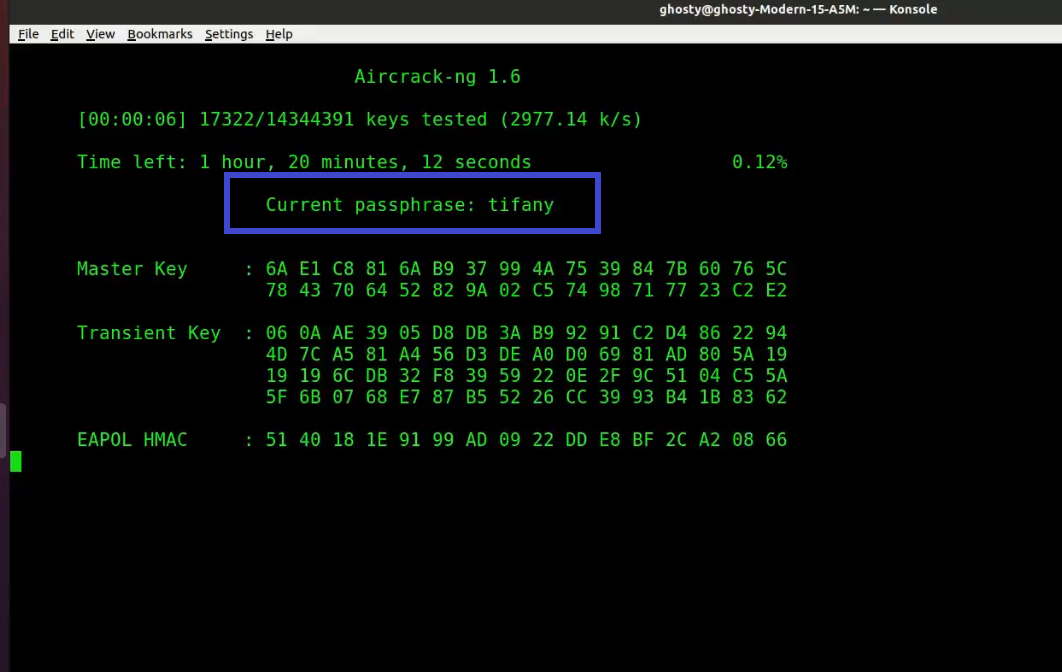 The Aircrack-ng suite is pre-installed on most security-focused distributions. However. if you're using a non-security distribution like Ubuntu or Mint, type the command below.

How to use Aircrack-ng?

Now that we have learned everything that needs to do practical, let's actually crack the wifi password.

Step 1: To get rid of any conflicting process type the following command. Make sure to type this command otherwise it may cause problems later.

Step 2: Next start the wireless card aka WLAN in monitor mode, by using the following command:

[This step refers to the Configuring NIC stage as aforementioned]

You'll see that wlp1s0 has been set to monitor mode in the above image.

Step 3: Enter iwconfig to verify that the interface is properly configured.

Note: Notice the interface name has changed from wlp1s0 to wlp1s0mon.

You can see that wlp1s0mon is in monitor mode. It's critical to double-check all of this information before moving on; otherwise, the next stages will fail.

Step 4: This is a simple test to see if your card is capable of supporting injection. Type the following command.

Note: Sometimes it may say Found 0 AP, which could mean that you are not physically close to the AP or the signal strength is weak.

Analysis of the response:

Note: Essid's are the names of the access points and Bssid is the MAC addresses associated with them.
Step 5: Now, We will use Airodump-ng to capture the traffic and 4-way authentication handshake for the target Access Point we're interested in. Enter the following command.
[This step refers to the Gathering remote wifi information and capture handshake stage as mentioned before]

There are several options available in this command such as -d which creates a filter removing jitters.

Note: You can also send this information to Wireshark for static analysis by specifying a filename with the -w option.

When a wireless client is joined to the network, it appears like this:

Notice the WPA handshake: 84:D8:1B:06:EF:06 in the top right-hand corner of the screen above. This signifies that the four-way handshake has been successfully collected by airodump-ng. You can also use tcpdump for the same. Also notice that in the Notes section we can see EAPOL which stands for Extensible Authentication Protocol(EAP) over LAN and it's a type of message sent by the access point to the station.

Here it is with no handshakes are found:

Step 6: Use Aireplay-ng to de-authenticate the client.

You determined which client is currently connected based on the output of airodump-ng in the previous step (04:C8:07:15:71:C0). For the following, you'll need the MAC address. Open a new terminal and type:

Note: If you are using a security OS such as Kali or Parrot Security, you can find the wordlist in /usr/share/wordlists directory.

Open up a new terminal and type:

When no handshakes are identified, the following is typical output:

If this occurs, you must repeat step 6 (de-authenticating the wireless client) or wait longer if you are utilizing the passive option.

At this point, Aircrack-ng will attempt to decrypt the pre-shared key. This could take a long time, even days, depending on the speed of your CPU and the size of the dictionary.

The following is an example of successfully cracking the code: 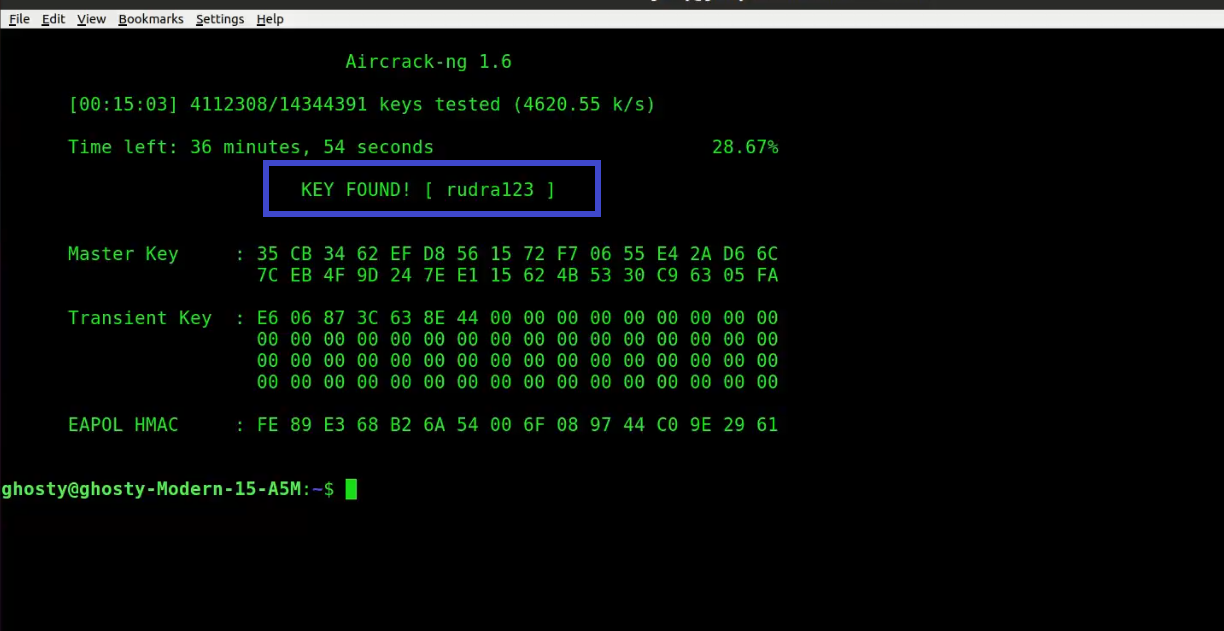 I have tried to cover all the topics related to wifi hacking however if you face any difficulties performing the steps you can also watch the video to this tutorial.

Is it legal to use Aircrack-ng?

It's not illegal - it's a grey area — but as long as you're only using it for educational purposes and on your own networks, you're safe. As in, don't be caught eavesdropping on other people's networks.

Only pre-shared keys can be cracked with Aircrack-ng. Unlike WEP, where statistical approaches can be used to speed up the cracking process, WPA/WPA2 can only be cracked via brute force tactics.

Does aircrack use CPU or GPU?

The drawback of using Aircrack-ng is that it cracks the key using the CPU.

Which is faster hashcat or aircrack?

Hashcat was between 3 and 5 times quicker than aircrack on my CPU. This may differ depending on how many cores your CPU has.

hostapd is a user-space daemon that allows a network card to function as both an access point and an authentication server.

Technical Associate at techofide, currently a student at Government College of Engineering Nagpur, pursuing B. … readmore

@kanav How to Use Wireshark | A Full Wireshark Tutorial |Techofide

@kanav What is Tor | How to Use Tor Browser?

@kanav How to Become an Ethical Hacker | Techofide