In this blog, I have tried to cover boot menu option keys for all computers and laptops that are very useful especially, when operating system installation is required. Most people are aware that every computer company provide different boot menu keys for their computers and laptops. We will also cover what is BIOS, what is boot menu, boot sequence vs boot menu and how to get to boot menu.

BIOS (Basic Input/Output System) is a chip that is embedded into your system's motherboard. The primary purpose of the BIOS is to load the basic computer hardware during the booting process i.e, it is responsible for booting up your system. So BIOS run a test which is POST (Power-On Self-Test) that checks the computer meets requirements to boot up properly or not. If the computer fails to pass the power-on self-test (POST), you might hear some beep sounds which indicates the malfunctioning in the computer and your system will not start. See BIOS image below for more reference, 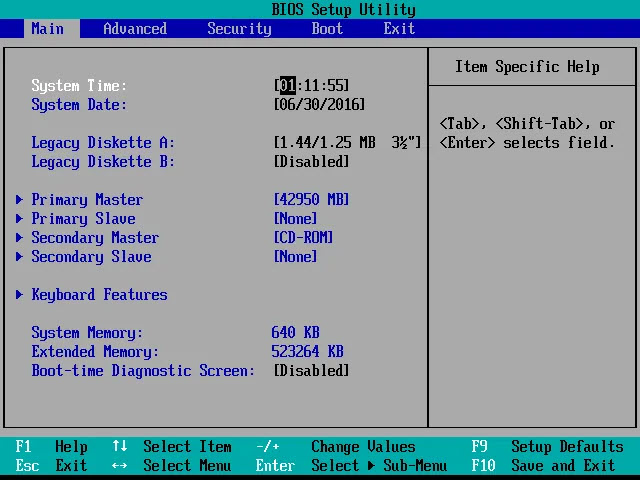 What is Boot Menu?

A menu that is accessible during the computer starts up process is known as a boot menu. It provides a privilege to the user's that they can load and install the new operating system on their machines. It consists of various device options to boot, including CD/DVD, USB drive, hard drives, and a LAN (Local Area Network). Check the below image of the boot menu for more reference. 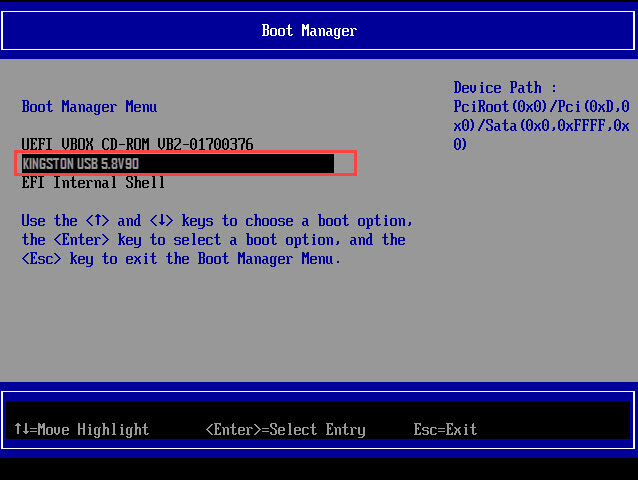 Most people are confused about the boot sequence when they trying to understand BIOS and the boot menu. In simple words, the boot menu required a user to input before booting up the device but the boot sequence is a pre-defined sequence in the BIOS setting that runs automatically when the user does not provide any input so that it can boot up your system with the priority device in the sequence. So if you do not press any boot menu option key like F1, F12 on the boot time of the system, then the boot sequence automatically triggers the first available device of the pre-defined sequence. You can change the sequence inside the BIOS options.

How to Get to Boot Menu?

At the point when a computer is starting up, you can get to the Boot Menu by pressing some keys. The keys that are generally used to open the Boot Menu are Esc, F2, F10 or F12, which relies on the companies of the computers or motherboards. To know which key works for your system you can take a look at the below-mentioned table where I list the boot option keys for all computers and laptops with the BIOS option.

Boot Menu Option Keys for All Computers and Laptops

Below is a list of PC brands with their corresponding hotkeys for the boot menu and BIOS option.

In this article, I have tried to cover the boot menu option keys for all computers and laptops with BIOS options. If you feel I have missed any of the manufacturer's keys, you can freely contact me or mention them in a comment below so I can add them to the above list. I hope you found this article helpful.

Ans. To enable the f12 boot menu key, open the BIOS option by pressing BIOS key according to your system (BIOS Keys varies system to system, so if you don't know which one is for your computer you can check the list by clicking on "how to get to boot menu"). When BIOS Setup is launched then [ENABLE]  f12 Boot Menu under Main section. Now press F10 to save and exit from BIOS. Check image for more refrence

Q2. How do i get to the boot menu in Windows?

Ans. It depends on company or manufacturer of your computer. If you want to open boot menu for your system you can check find your computer manufacturer by clicking on ""how to get to boot menu". Boot menu keys are dedicated to systems not to Operating system like Windows or Linux.

Q4. How do I boot from usb from bios?

Ans. To boot from USB you just need to restart your system and when it starting up then just press your boot menu key. Now you will see a popup box will appear, now at that point you can select your device and then press Enter key. Don't know boot menu key for your system click on "how to get to boot menu".

Q5. Which key is for boot menu?

Ans.  It varies system to system and totally depend on you computer manufacturer. It can be Esc, F12, F11, F10,Del. Don't know boot menu key for your system click on "how to get to boot menu"

@techofide 10 Ways How Video Marketing can grow your online Business